Photo prompt courtesy and copyright property of C.E. Ayr via the Friday Fictioneers event hosted by Rochelle Wisoff-Fields. Join in and/or find others’ contributions here.

Derelicts dotted the sidewalk, silently flapping their gums. Dust cloaked the lot of them, but some were outfitted with fashionable flair; wool vests, knitted scarves, and random shoes all about. The only sense of symmetry came from the odd globs that spotted each garment.

I never understood any of this until I fell to the sidewalk. One of my shoes gummed in place, plastered to the curb, and my coat subsequently stuck to the cement. I managed to hold my face barely above dirt-caked disks when I realized that the derelicts wore whatever the concrete claimed.

I surrendered its bounty.

Their curious fingers
scoured the world before their eyes
even opened and they clasped
the whole of their hands
around my pinkies, saying
more than any words
they’d ever utter.

Nine months was not enough; I swear
they’ll be in me forever.

One thousand paper
cranes, shadows against gold dusk,
scatter on the wind.

Written for Ronovan Writes’ Haiku Challenge, which provided the prompts “crane” and “gold.” Orizuru are paper cranes, and legends tell that a crane will grant a wish to someone who makes (and keeps) 1,000 of them. As way of explaining the second effort, it is said that cranes will deliberately carry extra weight to ballast themselves against stronger winds. From what I can tell, that may be a matter of ancient lore. 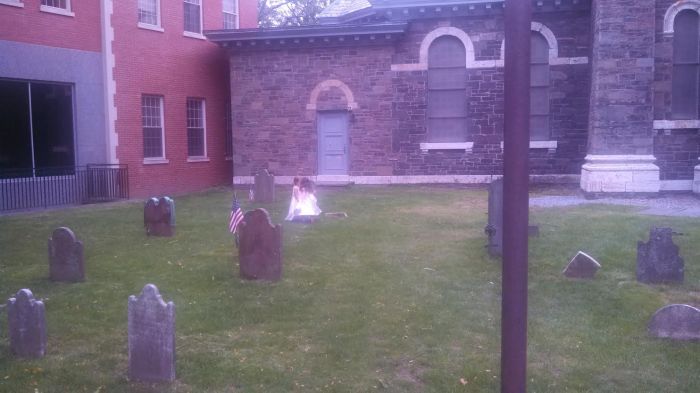 Photo prompt courtesy and copyright property of J. Hardy Carroll via the Friday Fictioneers event hosted by Rochelle Wisoff-Fields. Join in and/or find others’ contributions here.

A nearby pilgrim couldn’t bear it. “How many times are you gonna repeat that old lie?”

“But it’s true.” His eyes became grave as his knurled hands glossed the gabbro. “I missed my chance.”

“Life isn’t issued out by your country. It springs from struggle and from death.” The ancient man lifted his head and looked at the scar the monument made into the earth, then the bare trees beside it. “Want the truth? Revise it. Dulce et decorum est mori.”

**Dulce et decorum est pro patria mori is Latin for “It is sweet and glorious/right to die for one’s country/fatherland.” It was originally used by the Roman poet Horace in his Odes, but became known as “the old lie” after Wilfred Owen’s World War I poem “Dulce et Decorum est” about the tragedies he witnessed (particularly the use of chlorine gas). Pro patria, which is omitted in the “revision,” means “for one’s country/fatherland.”

If anyone is willing to submit constructive criticism, I’m most interested in how the conclusion reads. I fear that a reader’s experience may be wildly different than what I experienced writing this, though that surely can have its benefits. (Also, if anyone knows Latin, could you inform me of any grammatical error(s) at the end? I tried to verify its accuracy, but my knowledge is limited.) Of course, any constructive criticism is welcome and appreciated.

always led in circles, but
never getting anywhere —

so that these words are
given a chance
to bleed and beat
on tongues I’ll never know.

Wayward guidance for the curious